In this blog post, we’ll look at how ZFS affects MySQL performance when used in conjunction.

ZFS and MySQL have a lot in common since they are both transactional software. Both have properties that, by default, favors consistency over performance. By doubling the complexity layers for getting committed data from the application to a persistent disk, we are logically doubling the amount of work within the whole system and reducing the output. From the ZFS layer, where is really the bulk of the work coming from?

Consider a comparative test below from a bare metal server. It has a reasonably tuned config (discussed in separate post, results and scripts here). These numbers are from sysbench tests on hardware with six SAS drives behind a RAID controller with a write-backed cache. Ext4 was configured with RAID10 softraid, while ZFS is the same (striped three pairs of mirrored VDEvs).

There are a few obvious observations here, one being ZFS results have a high variance between median and the 95th percentile. This indicates a regular sharp drop in performance. However, the most glaring thing is that with write-only only workloads of update-index, overall performance could drop to 50%: 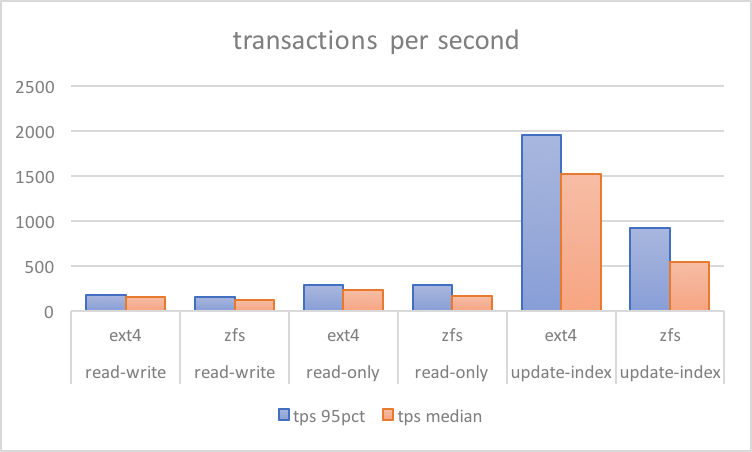 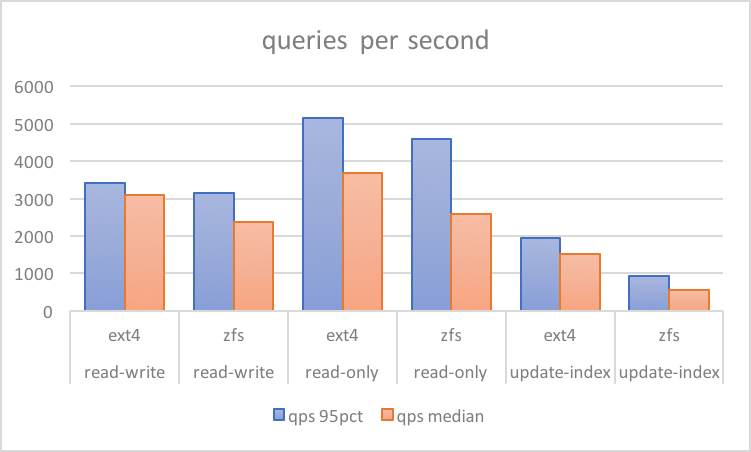 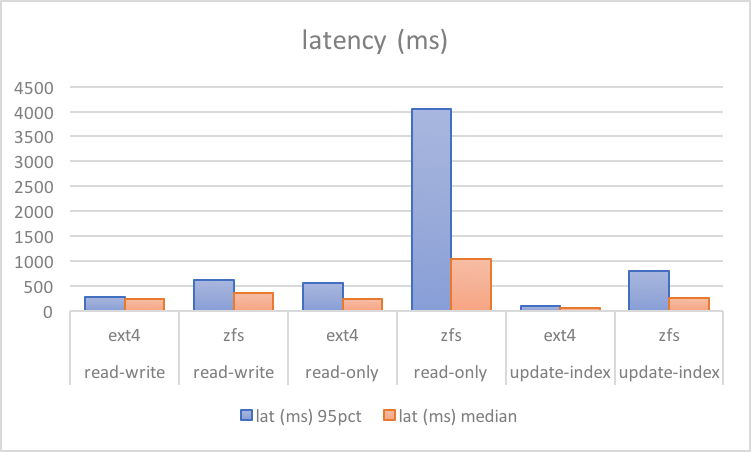 Looking further into the IO metrics for the update-index tests (95th percentile from /proc/diskstats), ZFS’s behavior tells us a few more things.

If we focus on observation #2, there are a number of possible sources of random reads:

This means that for updates on cold InnoDB records, multiple random reads are involved that are not present with filesystems like ext4. While ZFS has some tunables for improving synchronous reads, tuning them can be touch and go when trying to fit specific workloads. For this reason, ZFS introduced the use of L2ARC, where faster drives are used to cache frequently accessed data and read them in low latency.

We’ll look more into the details how ZFS affects MySQL, the tests above and the configuration behind them, and how we can further improve performance from here in upcoming posts.